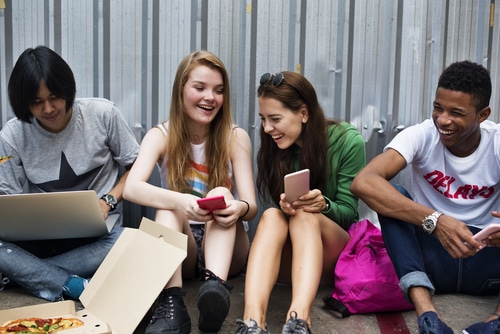 Did you know 18 February is International Asperger’s Day? To celebrate we thought we’d help bust some of the myths about Asperger’s that have persisted for years.

Firstly, what is it. Asperger’s syndrome was the name for a neurodevelopmental disability which affects how people interact with and perceive the world around them.

How the definition of Asperger’s syndrome has changed

Since 2013, people who used to be described as having Asperger’s syndrome are now described as being on the autism spectrum. Before this, it was often referred to as a type of “high functioning” or “mild” autism.

Today, Asperger’s is technically not a diagnosis on its own. And research reveals it’s not always mild or high functioning – it depends on the individual.

Although there’s no longer a clinically separate diagnosis for Asperger’s, the term is still commonly used. Many people diagnosed before 2013 still refer to their condition as Asperger’s syndrome, rather than autism.

To mark International Asperger’s Day on 18 February, we wanted to dispel five common myths and misconceptions about Asperger’s syndrome.

1. People with Asperger’s syndrome are all geniuses or have exceptional talents.

There is truth to the idea that many on the autism spectrum are highly intelligent. There is also truth in that some people with Asperger’s/autism display high IQ or incredible talents – often creative, such as in music.

However, this is still one of those very common myths and misconceptions about Asperger’s.

When Asperger’s was considered a separate disorder to autism, you had to have shown no cognitive or language deficits before being diagnosed with it. This means that by definition people with Asperger’s would have had at least an average IQ and expressive/receptive speech abilities.

However, research and expert estimates have put the actual figure of people with Autism Spectrum Disorder who have exceptional abilities or genius-level IQ at anywhere from 0.5% to 25%. Nobody is sure of the exact number.

So like the rest of the population, people with Asperger’s display a large range of IQs and abilities.

2. People with Asperger’s are rude.

Many people assume that people with Asperger’s, but especially children, are rude and difficult. They may even go as far as to say individuals with Asperger’s don’t have emotions and can’t express love.

This is not the case.

One truth is that individuals with Asperger’s / autism often have social anxiety. This can make them quiet or abrupt. Another truth is that they often express their feelings in unconventional ways, which neurotypical individuals might consider rude. This is not the intention.

The key is understanding the ways in which an individual with the disorder communicates.

On top of this, many people with Asperger’s syndrome / autism learn to “mask” or “camouflage”- especially if they’re female. This means they can present themselves as neurotypical or “hide” some/all symptoms by copying how other interact. They can be adept at modelling behaviours which society expects.

This might mean making eye contact regularly, learning how a friend or relative expects to be greeted (e.g. with a hug), or that reacting to bad news with “I’m so sorry” is expected. Masking can help people to blend in socially, but can have long term emotional and/or mental health consequences too. Read more about that here.

This is perhaps one of the most harmful myths and misconceptions about Asperger’s syndrome. And about Autism Spectrum Disorder in general.

It’s true that one of the hallmarks of Asperger’s/autism is difficulties with ‘theory of mind.’ This means these individuals find it harder to put themselves in someone else’s shoes, to see things from other people’s perspectives.

However, they aren’t necessarily lacking in emotional empathy. Nor are they unable to care about people and emotions. They may just miss subtle cues like body language. It’s also often difficult for them to be able to perceive your emotions immediately.

However, when emotions are communicated more directly people with Asperger’s / autism can be very capable of showing understanding and sympathy. In fact, some research shows that once they understand a friend is sad, for instance, they may feel that emotion much more intensely than a neurotypical individual would.

4. You can grow out of Asperger’s syndrome.

Previously, many people thought Asperger’s-diagnosed children would grow out of it. This may be because there was no language or cognitive deficits present. Asperger’s signs were often dismissed as just antisocial tendencies that would improve with greater interaction and maturity.

This is not true. Children with Asperger’s/autism grow up to be adults living with the disorder.

Is this you? The NDIS may be able to provide beneficial support that helps you navigate daily life more easily. If you or someone you know could benefit from this, check out our article on how to access the NDIS.

Because Autism Spectrum Disorder is often brushed off as someone just being antisocial, some people attribute it to bad parenting. This can include the parents themselves, who may feel they’ve failed their child somehow.

Not the case. On the flipside, great parenting can help a child navigate their disorder more successfully. So too can occupational therapy, language therapy, cognitive behaviour therapy, social skills training and more.

If you’re a concerned parent please know this: there is no link between your child’s Asperger’s/autism and the way you parent. It is a developmental disorder which no amount of bad parenting can cause. And no amount of amazing parenting can prevent it, either.

Have a disability parking permit and looking for insurance?

Find out more about our insurance types here.

Myths about Asperger’s syndrome – over to you

Are there any common misunderstandings or assumptions about Asperger’s/autism that you’d like to dispel? Let us know on our Blue Badge Insurance Facebook page. 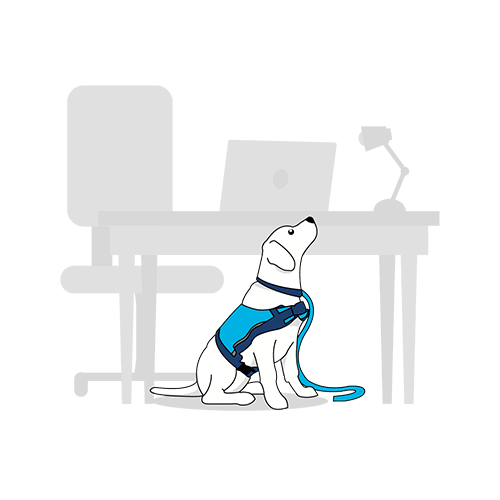