How to Help Prevent Car Theft By Keeping Your Keys Safe 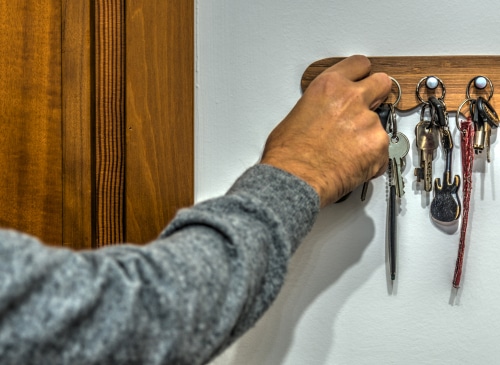 If you hang your car keys or drop them in a bowl near your front door, think again. You’re making a big error. With car thieves getting smarter every day, you have to think like one and you must remain vigilant. One way to help prevent car theft is keeping your keys in a safe place.

This way, if a thief breaks into your home, they won’t be able to immediately locate your car keys and make a quick getaway…in your vehicle.

We know how important it is to have a reliable vehicle, whether it’s a disability converted car or not. Often, your car is a key component of your independence, and you probably rely on it for your day-to-day life.

With that in mind, here are some tips on how you can prevent car theft at home and where to safely store your car keys.

You might be surprised to hear just how big of a problem car theft is. The NMVTRC says that one car is stolen around every 12 minutes in Australia, on average.

So, you should be doing everything in your power to prevent car theft, both at home and while you’re out and about.

Further to this, the NMVTRC also says that:

It’s important to note that in the vast majority of cases, car thefts are opportunistic. This means that the thief didn’t go out planning to steal a car, but saw an easy opportunity and went for it. So if you’re leaving your keys dangling by a window or keeping doors unlocked, you’re at risk.

Despite this, the NMVTRC says over 40% of Australians don’t keep their car keys somewhere safe and out of sight. Are you part of that risk-loving crowd?

If so, it might be time to rethink your habits.

Where you shouldn’t leave your car keys

It’s not just the obvious places that aren’t safe for your car keys. Obviously don’t leave them outside or by an unlocked door, but keep the below in mind too:

Where to put your keys to prevent car theft

Ok, so you should have realised by now that leaving your car keys within easy reach of thieves will increase your risk. So where should you be keeping them to prevent car theft?

There are a few options, but here are some of our favourite places:

And remember, car key theft can happen outside the home too. When you’re out and about, keep your keys in a zipped or buttoned-up section of your bag. Or, in a safe pocket where they’re not visible to petty thieves and pickpockets.

Don’t leave them lying on the table while you’re eating at a restaurant or meeting people somewhere in public. It’s easy for an opportunistic thief to take them right off your table.

Keep them out of sight and reach at all times. Basically, treat your car keys with the same caution you treat any other valuable, like your phone.

And remember to insure your car

Insurance won’t prevent theft from happening, but could give you financial protection if the worst occurs. Here’s some information on why comparing disability car insurance is so crucial.

Speak to the specialists at Blue Badge Insurance to find out about insurance for your disability converted car. We also insure non-converted “off the shelf” vehicles, as well as wheelchairs and mobility scooters.

And if you’re a disability parking permit holder, you’re eligible for discounts of up to 25% on your premium.

PrevPreviousWhat Is Down Syndrome, And What Causes It?
NextEpilepsy Awareness: March 26 is Purple DayNext